You are here: Home / Phillip Herrera 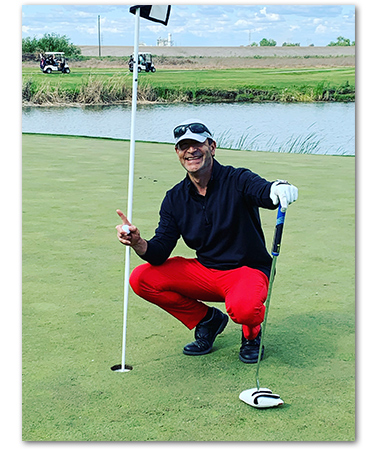 Phillip is the managing partner with Herrera & Company. He has consulted to California Governor’s Office of Business and Economic Development (GO-Biz) for over 25 years developing over $200 million in employer incentives. Phillip is unique in his experience. He is a former tax auditor for EDD, worked directly for the ETP program, managed Bank of America’s $20 million ETP award, and is one most respected, experienced, and admired consultants in the State.

Phillip graduated from San Francisco State University with Degree in Accounting and later earned an MBA from Golden Gate University. He is an active member of many professional, political, and non-profit associations. He is also an accomplished amateur golfer, yoga practitioner, and craft beer connoisseur. He was recently inducted in the Stockton Mexican Sports Hall of Fame, swims from Alcatraz to Aquatic Park in SF every September and is deeply involved in improving the Stockton community. He has six holes-in-one and set the competitive course record at Brookside CC with a score of eleven under par 61.

In Their Own Words…

“Herrera & Company helped Abbott Diabetes Care, another member of the Abbott Corporation family companies, secure and earn ETP funding. They came to Abbott Vascular highly recommended based on there years of ETP consulting work and long list of high profile clients. I am happy to announce that they did not disappoint. After preparing a thorough analysis that delineated the ETP opportunity, identified roles and responsibilities, and illustrated a complete project plan we followed there lead to secure a sizable award in December 2007. We are planning to earn the $1.5 million in our first 12 months then seeking additional ETP support. Lastly, we are excited about using electronic records for ETP reporting and leveraging the substantial investments in our LMS software.”

“Herrera & Company has been our ETP consulting firm for the past four projects. They understand the sophisticated training requirements of the highly skilled and educated workforce at KLA-Tencor. Phillip maintains an exemplary relationship with ETP staff, which has proved to be extremely important during the few situations when we needed to modify our training plans and during our post-project audits. Herrera & Company was held to a strict performance-based contract and was not paid until KLA-Tencor received payment from ETP.”

How much funding can I receive for my company?

Join Us In The Social Networking World!